Know Your Bicycle Laws in Ohio 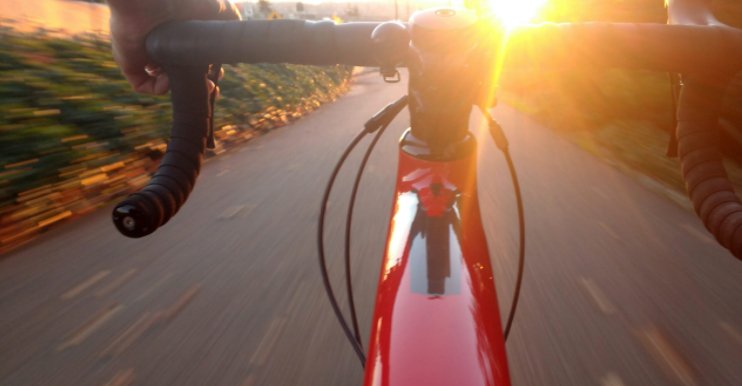 If anything positive has come out of the COVID-19 pandemic, it’s that people have taken new interest in the great outdoors as a means to enjoy some fresh air and spend time with others while practicing social distancing. This is especially true of recreational and family biking, where the excitement is evidenced by U.S. cycling industry growth that accelerated by 75% in April of 2020.1 Bike shop owners throughout Ohio have echoed the nationwide trend, with some shops experiencing a 300% increase in bike sales in April and May.2

With all of the increased riding going on, it’s important to know the rules of bicycling to get the most enjoyment out of this healthy hobby while staying safe and in line with the law. Keep in mind that a bicycle is defined as a “vehicle” under Ohio Law.3 This means that it must be operated lawfully on all roads except freeways or other roads with limited access.

Below are answers to some commonly asked questions that may be helpful to know before gearing up for your next cycling adventure.

Do you have to wear a helmet in Ohio?

State law does not require helmets to be worn when riding a non-motorized bicycle in Ohio, however, several cities have ordinances that require children younger than 18 years in age to wear one. This is especially true when participating in certain events or when using certain properties.

In Ohio, persons of all ages must wear a helmet when operating or riding as a passenger on a class 3 electric bicycle.

Extensive studies conducted on the effects of bicycle helmets on injuries from 1989 to 2017 and published by the National Library of Medicine showed that their use was found to reduce head injury by 48%, serious head injury by 60%, traumatic brain injury by 53%, face injury by 23%, and the total number of killed or seriously injured cyclists by 34%.4

Do cyclists need to follow the basic rules of the road?

The simple answer is yes. When riding on a road, riders should treat their bicycle as a car. This means riding with traffic (never against it), obeying basic traffic laws, stopping at red lights and stop signs, and following all road signals. It is imperative that cyclists understand the importance of being visible. According to the Ohio Department Safety Data for 2017, about 58% of fatal bicycle crashes in Ohio occur during non-daylight hours.5

Below are some special bike laws that cyclists in Ohio must follow under the Title 45 of the Ohio Revised Code:6

*An acceptable, and more easily understood alternative to the right turn, is the extension of the right hand and arm horizontally and to the right side of the bicycle.

Can you get a DUI on a bicycle in Ohio?

Ohio’s drunk driving statute prohibits operating a vehicle anywhere in the state but exceptions are made for non-motorized bicycles. This exception means that if you are riding impaired in your backyard you won’t get charged but if you are riding impaired on your street you can be charged with a DUI. Our advice? Just stick to bottled water or an energy drink when riding.

The Ohio Department of Transportation (ODOT) published a Cycling Smarter Guide that contains excerpts on bicycle laws as well as practical advice and illustrations that give cyclists an understanding of how to safely and legally ride on public roads. Click here to view or download the comprehensive guide.

If you have been injured in a bicycle accident, please call the law offices of Joseph T. Joseph, Jr., LLC in Cleveland or Youngstown at 216-522-1600 to schedule a free consultation. We never charge a fee unless we are successful at helping you recover compensation.

1 “Cycling Industry Sales Growth Accelerates in April, Up 75%, Generating an Unprecedented $1 Billion for the Month.” The NPD Group, 16 June 2020, www.npd.com/wps/portal/npd/us/news/press-releases/2020/cycling-industry-sales-growth-accelerates-in-april/.